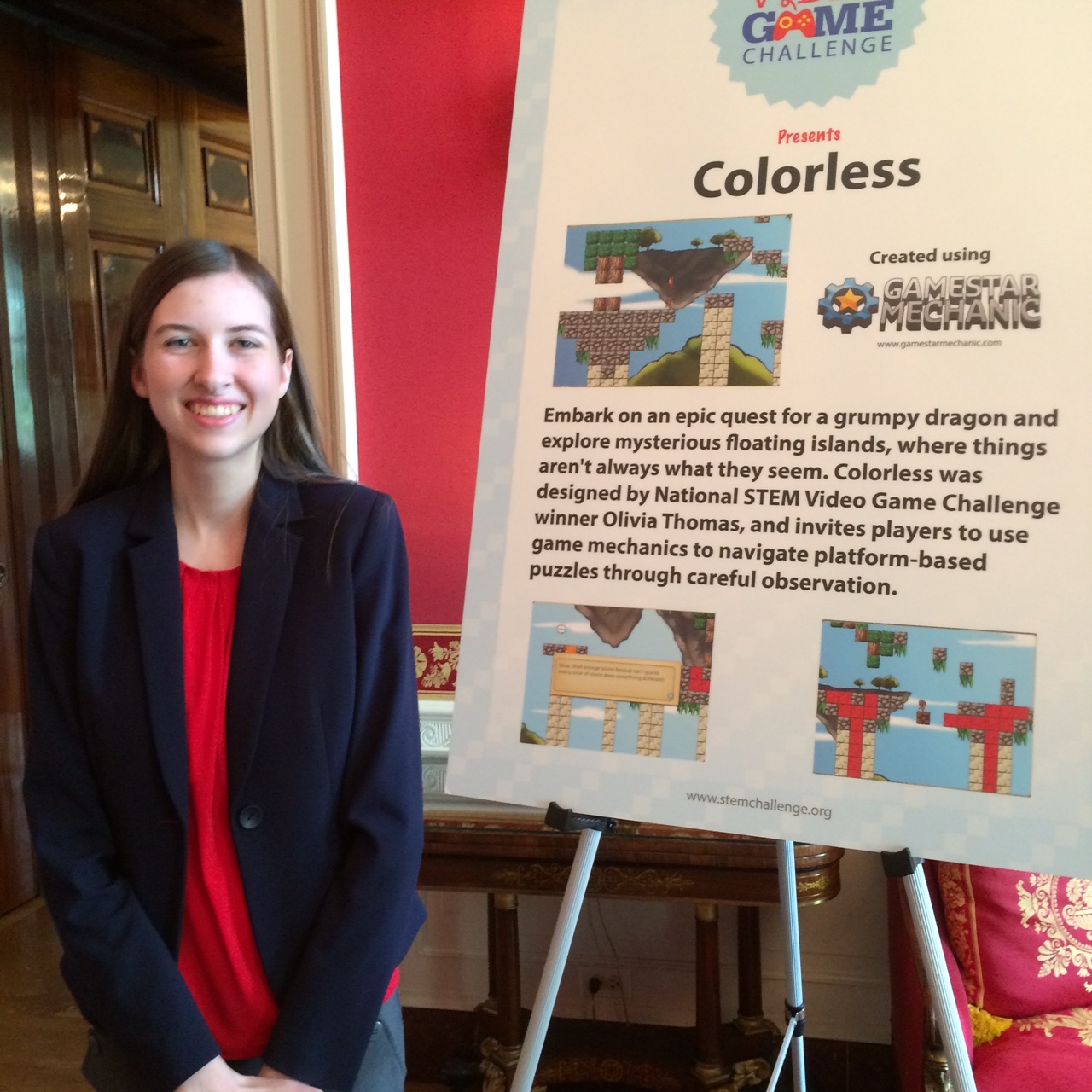 This is the sixth and final Science Fair of President Obama’s Administration, with more than 130 students representing 30 states who have won a broad range of (STEM) science, technology, engineering, and math competitions.

This is an incredible honor both for Olivia and the STEM Challenge, which was inspired by President Obama’s Educate to Innovate Campaign. All of us at the Cooney Center and E-Line Media are proud of our young designers for using STEM skills to create their own original video games.

According to the judges of STEM Challenge:

Olivia’s game, Colorless, blew us away thanks to sharp level design and a very clever game mechanic. By taking advantage of a quirk in Gamestar Mechanic’s programming that allows you to “overlap” one sprite on top of another (something that you are ordinarily not allowed to do), Colorless trains the player to associate colors with different abilities, and then challenges the player later on by taking the color away. While the story itself is very straightforward, the game’s setting and level design are brilliantly built around this narrative, and in turn, the narrative helps drive the mechanics. Overall, with its well-crafted design, an engaging, ever-rising, but always fair difficulty curve, and, of course, the unique gameplay concept that takes “It’s not a Bug, It’s a Feature!” and runs with it, Colorless clearly earned the title of Grand Prize Winner in the STEM 14-15 Video Game Challenge.

You can play Olivia’s winning game, Colorless, on the Gamestar Mechanic website.

Tune in at 1pm today, April 13, for a livestream of the White House Science Fair.